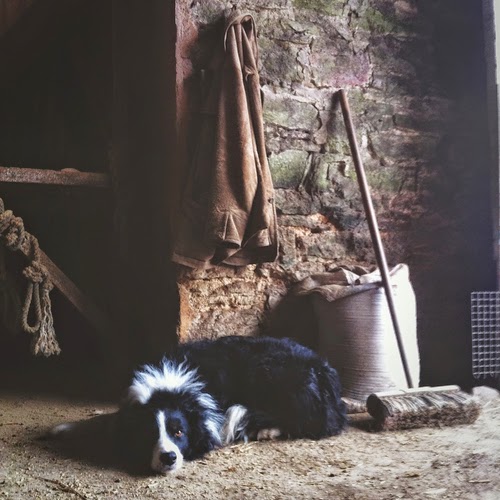 Wicked Chuck, the Christian taxidermist, is in love with Stilt Laura, but she doesn't care. Cramming filler into yet another fishing trophy, Chuck wonders if Stilt Laura can read the serial numbers on airplanes as they pass overhead. The pilots must nearly crash their planes, he thinks, at being noticed by such a beauty as her.

Stilt Laura is smudging her friend's rec room, walking around with the burning sage, driving out negativity and also her friend's husband, who says the sage smells like marijuana. Stilt Laura has to duck under the archway on her way into the living room, where she recites some pantheist nonsense in hopes of rescuing her friend from angry spirits, and also, perhaps, to land in bed with her while her husband is at the muffler shop. He doesn't need a muffler, but he likes to hang out there. By chance, it is right next door to Wicked Chuck's Christian Taxidermy.

When her friend Stilt Laura kisses her, Gina is surprised, but not. She saw it coming, saw that train coming on in to the station, saw the bunting and heard the band, but kind of hoped it would hit a switch track or something. When Stilt Laura sighs and kisses her again, Gina steps back, makes a joke, picks up The Holy Bible and smashes a fly with it, then is bothered by the gross little splotch on her end table which she can't clean up right away because of the look on Stilt Laura's face, which can probably be seen by Russian satellites in space. She is crushed, and Gina feels bad. Stilt Laura had obviously been screwing up her courage for weeks, to do this, to take a chance, and if you fall you fall. The problem is, Gina would rather kiss Wicked Chuck, the Christian taxidermist, preferably not while he is working on some poor dead critter, but still, kisses sound great, if they came from him, not from another woman, and not from her husband, for the love of God.

Wicked Chuck sighs and sets his taxidermy aside. Stilt Laura will never love him, he knows this. He is just a bug, to her Statue Of Liberty. Stilt Laura turns around in Gina's living room, hesitates for a moment, trembling, and then walks out quickly, gets in her car, and promptly runs over a small winged cherub carrying an archery set. I couple of minutes later, Gina pulls up behind her in her silver Saab. She'd been worried about her and followed her, and now, she sees the awful mishap.

Gina and Stilt Laura walk in to Wicked Chuck's Christian taxidermy with the cherub held limply in Stilt Laura's long arms. Gina asks Chuck if he can help them. She's all damsel in distress-ing it, because guys eat that stuff up. Chuck isn't looking at her, though, he's looking at Stilt Laura, who is looking at the door, where Mr. Gina has just walked over from the muffler shop. "What the fuck?" they all say at once. This question is at the heart of all religion, art, romance, and even taxidermy, and yet, broken hearts remain, everywhere, and there is little to be done about it.
_______

with apologies to Jean Paul Sartre.


Labels: abandon all hope ye who enter here honk if you love roadkill stuff & nonsense sweet dreams are made of these

hedgewitch said…
This is rather summed up at the end in the final lines...life is just exactly like this--even the sardonic humor with which one greets the falling after much screwing oneself up(in more ways than one) and being as run down as the cherub, but thankfully, not yet taxidermied. Or so we hope. Nice apology,also, but since he's dead, I'm betting he's alright with it.
May 16, 2014 at 7:18 PM

Mama Zen said…
"saw the bunting and heard the band"