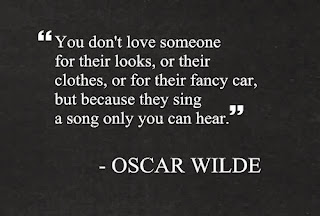 I defer in all things to the gray cat
perched on the porch rail as the sun goes down.
His disinterest is my fascination.

The moon slipping from the sky is another fascination
of mine, and too, I think, of the gray cat
though he is silent as he shakes himself and jumps down.

You are the one I can't forget, like a book I can't put down
written by a stranger untouched by my fascination
with stories, with you, with the moon and the gray cat.

The gray cat pounces down on shadows; I watch in fascination.
_____

a tritina for fussy little forms with Marian.

this poem is an homage of sorts for one of my favorite poems--"untitled" by Carl Rickert, which appeared in the September 1973 issue of The Speakeasy Culture.

With some trepidation, I am adding Carl's poem here because it is impossible to find and should be read widely, imo. I have tried to search him out to get permission, but after 45 years it's impossible. Carl, if you see this and object, let me know and i will remove it. Again i stress that the following is a poem by CARL RICKERT, not me, but my poem at top is an homage to it and its ideas about gray cats.

No one at all that night
saw the moon drop from the sky,
save myself
and a gray cat walking by,
looking
perhaps,
for another gray cat,
looking
for something,
looking,
maybe,
for me,
because I am the master of the gray cat,
and life,
my life,
the cat's life,
your life,
maybe,
if you give it to me,
and the gray cat,
The gray cat helps me make my decisions,
decisions on life,
my life and your life,
if that's your desire,
The gray cat has no sense of responsibility,
seeks only pleasure
and other gray cats,
at night,
or in the day
if it has that feeling,
but I seek his answer,
perhaps because of that lack of responsibility,
I have that,
you know,
responsibility,
for the gray cat,
and you,
if you would like,
my life would change,
and yours,
and the gray cat's,
but chances
are born in the moon we watched,
until last night,
when it dropped from the sky,
and only I was the witness,
for the gray cat
upon questioning,
saw little
save another gray cat,
or the hope of seeing another gray cat,
so you'll have to take my word,
and the fact
that the moon no longer appears,
and that despite the change in my life
I still want you,
waiting of course
to see what the gray cat will say.
Labels: fussy little forms oh well sally go round the roses shameless copycatting

Kerry O'Connor said…
I love how each stanza develops the feelings, almost despite the repeated words. The concluding line is wonderful.
October 14, 2018 at 7:14 AM

Marian said…
This is great. I too defer in all things to the cat. I especially love your reflection about how the author of even your most beloved books is (most likely) completely oblivious to you, its reader, and everything that's important to you. So great.
October 14, 2018 at 9:33 AM

brudberg said…
I love how you made the cat a presence, though it always makes me think of the Master and Margarita... but I assume a grey cat is still safe
October 14, 2018 at 10:12 AM

I won't say it! Don't wanna be banned.

Sherry Blue Sky said…
Spectacular! One longs for a feline disposition when it comes to remembering the one we cant forget. This poem is beautiful and perfect.
October 14, 2018 at 1:26 PM

Marian said…
Oh! I love Carl Rickert's poem, thank you so much for sharing! Wow. Both yours and his have that sense of other that I find so attractive. And kind of a pining. or a call and response, almost. Really great. Thank you, Shay.
October 14, 2018 at 4:33 PM

✿ said…
I'm so glad you added Carl's poem. It really takes your poem to a whole new level, getting to meander through your inspiration as well, to really feel how connected you are to his poem and then to see you share your feelings in response.

"The grey cat helps me make my decisions," coupled with your line, "His disinterest is my fascination," makes a profound point --- Advice and guidance, particularly that of great import, should come from an objective, indifferent party who has no self-interest in how you choose to do things.

I love the subtle line break after "put down," the way you're connecting it to gently killing a cat. You just can't do it. That's exactly how it feels when you read a book so impacting that when you finish, you cannot be finished. You carry it with you forever, letting the story continue or replay in your head for the rest of your life. This is true of people too, of course.
October 15, 2018 at 9:31 AM

Anonymous said…
I had read this several times, prior the addition of the original poem of inspiration, which is wonderful; I'm sure there is no harm/foul in sharing it - especially since it should, as noted, be read and appreciated.

And what I wanted to say then, about your poem, is that I enjoyed the repetition, and the way you've used the form, but pushed it beyond sounding so "dull for an ache." You've broken it free from its restraints and made it work to best advantage, highlighting the depths of the profound essence of "feline." And anyone who has ever had the pleasure of truly knowing (for as much as they will allow) a cat - would appreciate the subtleties and beauty within your poem. It speaks of many things - not only of the more obvious, like the physicality of cats and their beings, in grace in motion, or absolute stillness, but also for the inherent wisdom contained within their souls; cats are like the grand mystics of the earth realm.

And I could prattle on and on, but I just will end with I love the way you've woven the mysteries and teased out the essences here, not only in relation to being engaged with a cat, but also, upon the reflections and minutiae of remembering a person-to-person relationship. It is most effective in its complex simplicity.
October 16, 2018 at 11:30 AM

Millie said…
You truly have mastered the form. I love your tribute to the gray cat.