The Ghost of The Midway 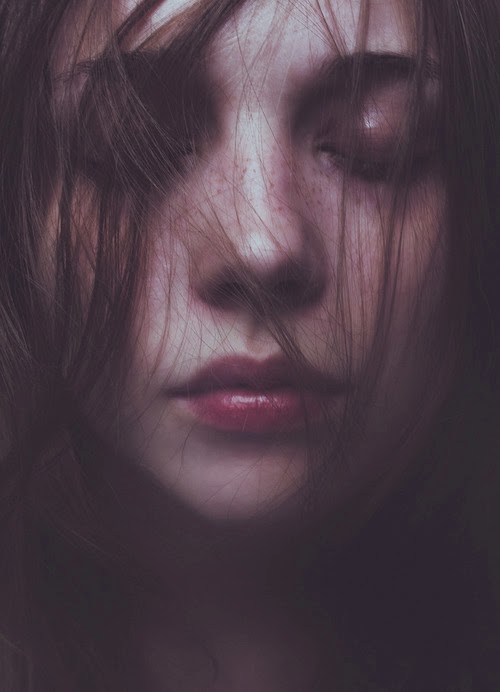 The ghost of the midway
is weighted
like a milk bottle,
stacked
like a sucker's game,
but no one can see her
so it doesn't matter anyway.

One night in July,
she fell from the Ferris wheel--
jumped
or was pushed,
and might only have been sleeping--
dreaming--
except that her body,
like a corn dog wrapper,
blew away
while the rest of her stayed.

The ghost of the midway
cannot get a grip,
cannot tuck little useless gloves
in her sash as irony or accent.
You could trust her,
you could tell her--
knock her over
with a feather--
but she is gray and gone to embers,
a holiday no one remembers;

so if you reach for her hand, dreamy fool,
like last year's fair
it won't
and can never
be there.
_____

at December 31, 2014 19 comments:
Email ThisBlogThis!Share to TwitterShare to FacebookShare to Pinterest
Labels: bad ends, circus tales, death becomes her, Get Listed, she moved through the fair 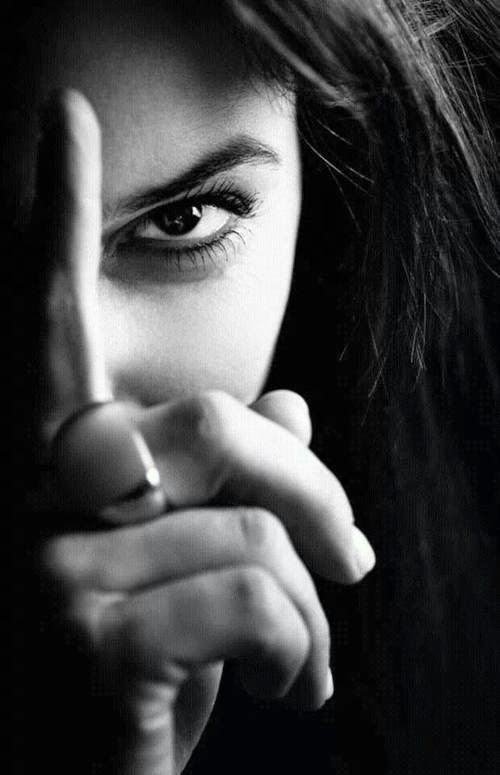 Do not mistake the bone cage for the free wing.
One is just a draped cloth,
and the other, oh honey,
is everything.


I love you for talon and soft breast, both.
Whether we're gray or black,
with wings we're born,
and so formed, can go.

Do not mistake the bone cage for the sky entire.
One is filled and forgotten,
while the other finds its own
with endless unbordered desire.
________

I think the image, which I found at weheartit.com, looks like my love.

I am greatly saddened to hear of the passing of one of my lifelong favorites, Joe Cocker. So here he is. 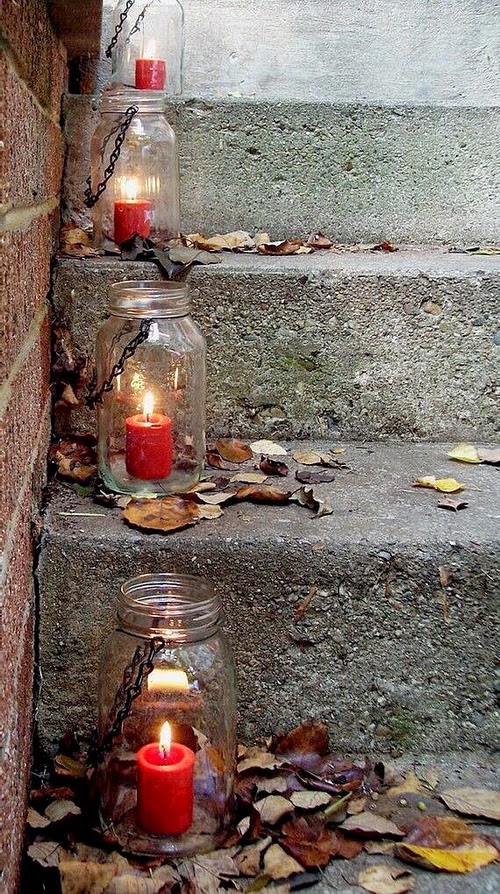 In the widow year of the bootleg bible,
seven plagues were worn in the hatbands of devils.
In the fortune cookie of the palsied calendar,
these were read--
fear, death, murder, disease, hate, horror and waste.

In summer, I planted a window box;
in autumn, a stripe of leaves on the sill,
and in winter, the pretty almost-weightless tail of a sleeping beast.

In our bed that November, you left me your bones
and gave your body to the noisy starlings.
Each evening, I wait for them in the dusk--
they assemble and there you are, whole again;
watching me cry over impossible things.

In the widow year of the bootleg bible,
a man selling loosies was killed right there on the public sidewalk.
His killers couldn't see him, and so they felt for him with their hands.
He said he couldn't breathe, but they wouldn't spare him any air,
because he was not a bird, and they were not the wind.

My love, survivor of the funeral year,
I bought you an angel carved from wax,
a pretty thing from a funky little shop before they lost their lease.

I will place her carefully between your ribs
to help you re-make yourself when you return.
Until then, I have my crystals, a Magic 8 Ball, and my Catholic faith,
a mighty fortress against the vagaries of life in your absence.
________

at December 21, 2014 15 comments:
Email ThisBlogThis!Share to TwitterShare to FacebookShare to Pinterest
Labels: back before dark poems, hands up don't shoot, I can't breathe, in the arms of the angel, STWIASD

Cradled lightly in her gloved hand,
inside her raincoat pocket,
folded carefully within a cream-colored envelope,

Though no bigger than a minute,
and kept closely by a private sort of girl,
in the way of small things well loved it could not help itself,

and took over the world,
quietly,
in ascension.

My first effort since before I got sick. Be nice.

for the mini challenge and open link Monday at Toads.

Sick As A Dog 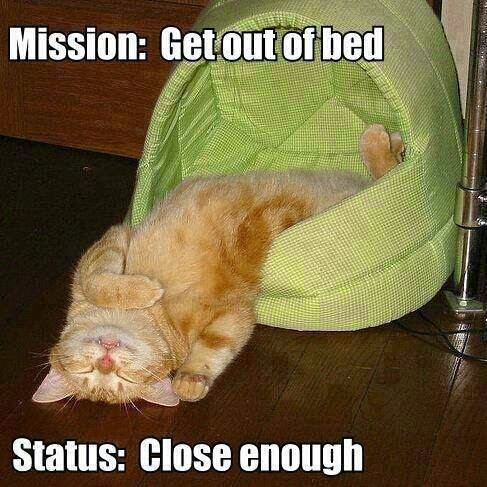 With apologies to Miss Skittles, I have been absent because I am sick as a dog, and have been for several days already. I have some incredibly ucky flu bug.  Skits does try to help by pouncing on me and barking, but I am worthless as a playmate.

I will be back when i finally feel better.
at December 12, 2014 10 comments:
Email ThisBlogThis!Share to TwitterShare to FacebookShare to Pinterest 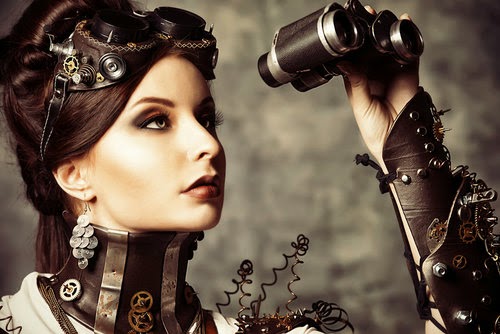 Neil never came back.
What is she supposed to do now? Dust?
She can't--
the task seems too monumental,
and with him gone, who cares anyway?

He came out of the blue, fell from the sky,
a knight in shining armor.
She should've known he'd have a wife.

getting older,
and wearing his stupid flag around her face
like a wedding veil.
______ 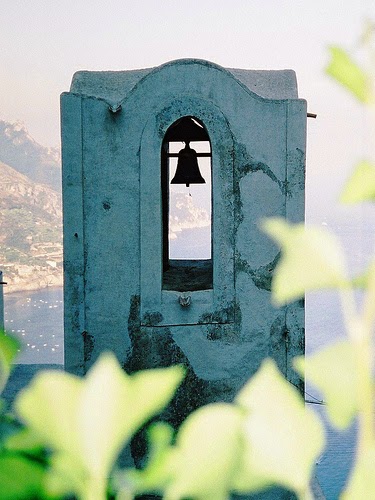 Quasimodo hefts himself onto the handicapped bench of the cross-town bus,
then takes the newspaper crossword puzzle out of his backpack.

"This metal object has a tongue." 4 letters.
Quasimodo smiles and squirms in his seat because he knows this.
Bell!

"A set of tuned metal bells or tubes." 6 letters.
Chimes!
Quasimodo looks around to see if anyone has noticed his success.
No one has.

"Alexander Graham ____." 4 letters.
He doesn't know this one,
but he's arrived at his stop anyway.

At the Office For Americans With Disabilities,
Quasimodo has a desk.
On it is a telephone which converts voice into text.

His friend Guy, at the next desk, waves at him.
Pointing to his phone, he signs "drunk asshole again."
Quasimodo's laugh is surprisingly pleasant, though of course, Guy can't hear it.

Quasimodo's phone lights up, indicating a call.
Guy has transferred the drunk dialer to him,
and can be seen hurrying off toward the break room with a bag of Doritos.

Looking at his screen, Quasimodo reads what the caller is saying:

"May I have your name?" Quasimodo types in.
"Eddie," comes the reply.

That evening, at O'Brien's Tavern,
Quasimodo and Eddie sit mooning over a pretty Gypsy girl.
"Go say something to her!" urges Eddie,
but Quasimodo just grins and shakes his head sheepishly.

At nearly two in the morning, Quasimodo hoists Eddie onto his misshapen back
and carries him back to the apartment he had mentioned.
All the while, Eddie mumbles rapturous boozy verse about the Gyspy girl.

Catching the last bus to the group home,
Quasimodo thinks of the girl, and of Eddie's beautiful poems.
"So...lovely..." he says out loud, but no one hears,
not even the driver perched like a raven in his high seat behind the wheel.
_______

for Fireblossom Friday: mash-ups.  The quoted poem is, of course, by Poe.


A friend sent me a book I had won in a drawing and, knowing what a huge fan of Emily's I am, she slipped this one in with it. What a treat! Even though I had some quibbles, nonetheless this is the most imaginative, wild, unexpected, and entertaining book I have read in some while.

Yarbrough does something that few male authors seem to be able to do: he gets the women right. He has a real ear for how women talk to each other, and best of all, he brings Emily Dickinson to vivid and intimate life here. Her poems appear at the beginning of each chapter, and the descriptions of life at the Homestead made me feel like I was walking next to Emily every step of the way. Having visited the Homestead myself, and felt Emily there, this was pure joy for me.

So, naturally, Yarbrough then turns our girl into a mad scientist! Truth be told, she is not mad at all, except in the way of much madness being divinest sense. A friend sends Emily a copy of Mary Shelley's "Frankenstein", and that sets the wheels rolling. (I'll have more to say about that book in a minute.) Emily manages to create a machine that can restore life to small dead creatures. She starts with a damselfly, then a chipmunk, some bees, and a Labrador duck. All the while, she adheres to a set of rules she invents for herself, to keep her pursuits good and right. How long will *that* last, you may be wondering. Not long.

An alliance with a charismatic preacher she comes to call her Master takes Emily down a dark and disturbing path, involving grave robbing, reanimation of a corpse, and the whole hearse-load of Gothic stand-bys. But just when I thought the book had spun away from a believable Emily and straight into late night movie cliche land, it righted itself and stuck the landing.

I did have problems with some things. The author admits beforehand that he altered the timeline of when Emily attended school, for purposes of his story. No problem there. However, there are several other time snafus that just don't wash. One chapter is headed "1845", but then references, in past tense, an event that happened in 1856. That's the year Amherst's new train station opened, and Yarbrough has it electrically lit. He also has a motor car take Emily for a ride home, all in the mid 1850s, a quarter century before the earliest automobile, or electric lighting. The electric lights I could overlook, because it furthers the story, but the car just jarred, in my opinion.

Then there is the business of the "Master" fellow. One minute he is a new, if intriguing, acquaintance, and the next he is her Master with a capital "M". This is not the spirited redhead I know at all, sitting still for that!

I doubt that a copy of "Frankenstein" would ever have made it into Emily's hands. In fact, she was advised to avoid the poetry of Walt Whitman as "unsuitable"! (Too bad...I bet she'd have loved him.) However, the introduction of the Shelley book sets the story in motion, so let's just go with it!

Despite these hiccups, the novel never flags, Emily lives and breathes again (without electrodes!), and this is simply a gorgeous and singular humdinger of a book, if you love Emily (and creepy tales) as much as I do. To make it all even better, the soul of who Emily was stays true right to the end. Even the cover art is way cool, though uncredited. Five stars!