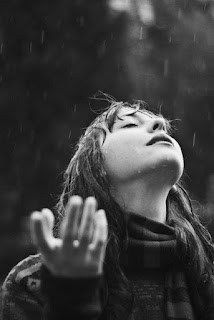 She built a doorway of hard-done-by and walked straight into it,
then said she'd been beaten by the future.
She placed a putty god in a mushroom soup sky
like a bumper sticker on a car made of wind.
Go, Betty, Our Lady of the Tinkertoy Triptych.
It's sad magic to watch a woman become an infant,
plastic ring on a tiny fat hand, teething on the little vile grenades
she treats like dollies, dumb scapegoats to blame for her dead dandelion smile.
______
for The Sunday Muse #212. 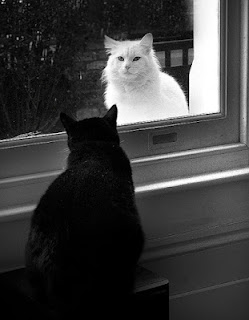 I have searched for my twin in prismed multiplicity,
called in secret language for my double in duality,
milled in crowds,
wandered the countryside,
hurried after a vanishing face I thought I recognized,
and waited as night fell, dawn came, and still I lingered
searching for my twin
but always as a castaway, a solitary stranger.
______
for The Sunday Muse #211.

at May 21, 2022 8 comments:
Email ThisBlogThis!Share to TwitterShare to FacebookShare to Pinterest
Labels: Gemini girl on the loose, Sunday Muse 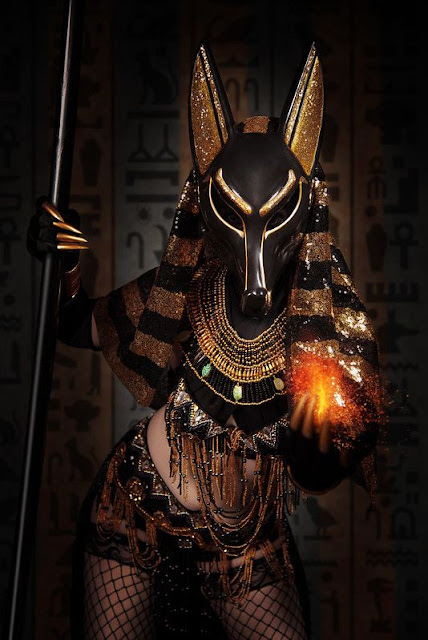 At the Post Office of Souls, there's a late letter
and the hand that wrote it is the hand that delayed it.
The sorting machines are made of jacaranda and white iris--
only the postmistress is fully automated, an Egypto-Mechan perfect fit.
Stamps roll out from dreams and are hard to remember.
Women hired to sleep them also catalog--they are pregnant with postage
and have your address on file, a complete roster of your life in miniature.
They deliver you, cradle you, sing you on through to your dotage.
The aisles are of indigo water mermaid clerks circulate under
estimate arrival times, currents, allowing for windage and mercurial local poohbahs.
Open an envelope, catch the scent of lilacs, bribe Anubis with a kiss
and receive safe passage, receipt of contents, S.W.A.K and certified, you cannot lose us.
________
for Dverse "Compound Me." I have used "underestimate."
at May 17, 2022 9 comments:
Email ThisBlogThis!Share to TwitterShare to FacebookShare to Pinterest
Labels: bouzouki for beginners, compounded interest, dharma by post, dverse, letter perfect, pyramid scheme, travel stories for everybody, weird postage

Concubine of the Quarter Moon 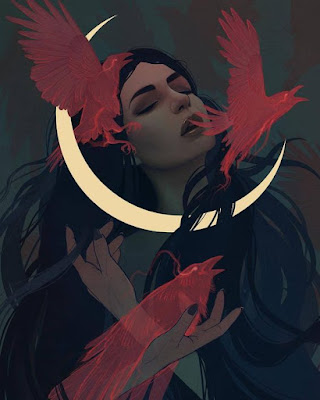 I did not hire the day laborer inside whose bones I ride.
Here is motion, here is time, here is the spinning world.
Here is the trowel, mortar, and metronome hand industrious.
Here is the moon, the hidden language, the valuable burl.
Here is my compulsion to sing, and my throat empty as a new vase.
Here is the afflicted tree holding one jewel and a thousand birds.
Merged, the swordsman and the healer, missionary from God.
Ice and ivy grown on my tongue break the bricks with words.
I am a scorched bird born of lightning, hatched from geode silence.
I am more beautiful than any river. I am cloaked in thorns and tar.
One day, laborer and wall will dissolve intestate
and I will rise, concubine of the quarter moon, magna voce avatar.
_______
at May 14, 2022 7 comments:
Email ThisBlogThis!Share to TwitterShare to FacebookShare to Pinterest
Labels: and your bird can sing, dare to post unprompted, I will not be silenced, in other words fly me to the moon, loving the freedom of all flying things, sightings of the feral girl 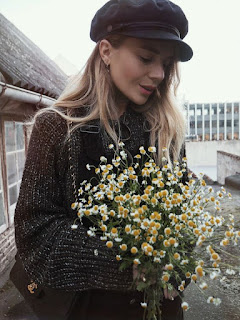 When she was arrested, she was wearing her baker boy hat
with the love poem tucked behind the inner band.
She had her backpack, her phrase book,
her connections and her suburban background.
Oh say can you see her falling like a shot bird, blood on the golden feathers?
She came to skate and got the slew foot boot,
a thump on the back and a smirking salutation.
By the dawn's early light I had thought her the world's most beautiful marvel
as she slept and her skin invited my kiss like a host catching the swaying guest.
I thought her a brown Sahara where it rains every afternoon
and the sun is stupid with lazy contentment.
She did business in cafes and book stores, where so proudly we hailed
the baristas and glasses-girls who chose the books we couldn't read.
From a distance she looked like a mistake, a wrong detail in a genius watercolor,
a runaway from another time, heads together with some local joker.
Time thickens when you get bad news.
It's like a heart attack that takes all week.
I wrote her a poem as she slept, and the poem had a silver tongue.
It was something about Morr0ccan markets and calling peacocks,
an opium dream I cooked up stone cold sober except for woozy desire.
I tucked it in the inner band of her baker boy hat, folded with origami care.
I thought she would find it later, a swami love-joke to make her happy,
never knowing I would leave the country alone from a cold airport
by the twilight's last gleaming, the departures flipping over like a folded hand.
________
for qbit's excellent Akhmatova word list.
at May 09, 2022 8 comments:
Email ThisBlogThis!Share to TwitterShare to FacebookShare to Pinterest
Labels: in the land of dreamy dreams, please don't tell me how the story ends, qbit, suckers always make mistakes far away from home, travel stories for girls, word list
Newer Posts Older Posts Home
Subscribe to: Posts (Atom)