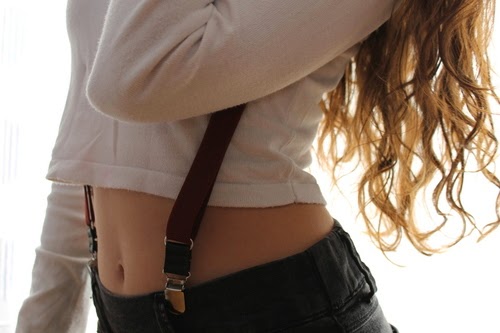 I know you loved me,
and that you had used sonar to detect me
standing next to you,
taking vows.

A fake ID is fine
when one is sixteen.
Fun is fun,
until one starts marrying people and moving in.
A common language must be agreed upon.
Semaphore is a strange way to say "I love you",
especially if one doesn't,  particularly.
You were kind ointment on the burn
and there were no other medics,
that's all.

I looked in the mirror and saw only glass.
I looked at the page and saw only an innocent white blankness,
but innocence is unbecoming
past a certain age.
One is expected to have learned something,
to desire something enough to wrap one's self around it no matter the requirement in blood,
and one really ought to, eventually, have grown some guts.

With nothing to stop me,
I became myself.
At first, all I wanted was to be a pretty girl.
Is there any coin as common as being a pretty girl?
Look around.
Has it stopped being a general cultural goal?
Do I look fat in this?
In the mirror I saw that I was not conventionally pretty,
but I was me
standing there
in front of myself at last.

Passion, that's what I wanted.
Pick a place you've never been and go there.
I picked. I went. I went as myself.
I went down in flames and then picked again, went again.
I can fly,
and not just in dreams.
Here's the thing I wished for.  Fasten those seat belts,
it's going to be a bumpy ride.

I looked at a page and it was white as a bandage.
I loved, I bled, I spoke my new name and went through a thousand dressings.
There were nurses, a lot of them,
all pretty,
but I was the only one turning gauze into garlands.

A bird who thinks she speaks for lions, houses souls of lions.
I am.
Hear.
_____

hedgewitch said…
A rather harrowing retrospective, but one which resonates on a lot of levels. I especially like the fourth stanza--nothing shapes us and makes us ourselves like the things for which it is so hard to feel a just gratitude. Last three lines are solid gold.
February 1, 2014 at 2:54 PM

Unknown said…
Wow. I better spit out the glue and get to work if I'm gunna pee with the big dogs here in the Pond.

That was amazing. I am feeling particularly passionate and inspired today. This makes me feel like I've sold off so many little pieces of me over the years all the fun stuff is gone. Like I'm just on the Edge of passion.

Hannah said…
I love the progression, the transformation...this:

"innocence is unbecoming
past a certain age.
One is expected to have learned something,
to desire something enough to wrap one's self around it"

This resonates and the facing oneself in the mirror for real embracing the image and digging to find what one really wants...

Jennifer Wagner said…
I hesitate to respond to a poem as if it is a page from someone’s diary…the “I” in poems not always being the poet themselves and such, but this feels so real. So if it is or isn’t, it’s just that good.

“but I was me
standing there
in front of myself at last.”

Grace said…
Uncanny that we chose the same quote but used it differently ~ I specially like butterfly with lioness eyes and turning gauze into garlands. Last ending lines are passionately moving~
February 2, 2014 at 8:23 AM

Sioux Roslawski said…
I'm with Hedgewitch. The last three lines are exquisite. And the period after "am" is priceless.
February 2, 2014 at 8:24 AM

Anonymous said…
Hey Shay--this starts strong, but garners intensity as it moves along, rather like the narrator starting with the common goal of prettiness and moving on to becoming the leader of an internal pride. Many good true solid coin able observations here, though the voice becomes more idiosyncratic in the best of ways--individualistic. I think of "I am" like becoming one's own deity at last, though being still a bird, there's a humility too. K.
February 2, 2014 at 8:53 AM

Gillena Cox said…
i luv the language of growth and maturing; there is dynamism in your words
"Fun is fun,
until one starts marrying people and moving in.
A common language must be agreed upon."

Have a nice Sunday

Susie Clevenger said…
"I am a little bird, a butterfly, nothing much,
but there are lions strewn dead in my path, behind me." Love that line!! (just one among many in this fabulous piece) Such a powerful piece of growing pains.
February 2, 2014 at 12:57 PM

Sioux Roslawski said…
Shay--I forgot to say (this is my only poetry for today ;) that Carole King's Tapestry album was the first one I fell in love with. And THAT poster (the picture you chose to go along with the song you chose) hung in my bedroom, right beside one of James Taylor.
February 2, 2014 at 1:00 PM

Susan said…
Rawrr. For me it has been that kind of evolution/journey/transformation won from things that didn't work for me the way I thought they should--for at least the first 50 years. Lucky, huh?! Beautifully expressed in an Anais kind of radical departure, one I've begun to hear as you.
February 2, 2014 at 3:46 PM

HermanTurnip said…
Epic piece! Especially loved this imagery:
"but there are lions strewn dead in my path, behind me."

Sherry Blue Sky said…
Okay, this is my all time favorite of your poems and you know how many are my favourites. This is the real stuff - standing in front of ourselves as ourselves. The butterfly with lion eyes. The lions strewn in the path. All the bleeding. Fantastic. Mama Z said it best. Fuck YES. An unbelievably brilliant write.
February 2, 2014 at 4:50 PM

Grandmother Mary said…
There is such self-affirmation and courage in this- yes!
February 2, 2014 at 7:11 PM

Anonymous said…
wow! with every poem, i think that's as good as it gets... then you write another one, even better. this is... astounding, astonishing, affirming, amazing, awe-inspiring. this is... a song of your soul that i could listen to through Eternity.
You ARE
i HEAR

Margaret said…
"but innocence is unbecoming
past a certain age.
One is expected to have learned something,
to desire something enough to wrap one's self around it no matter the requirement in blood,
and one really ought to, eventually, have grown some guts.
"

Sorry for "reprinting" but that is just amazing. And the message of finding PASSION to fulfill one's life is so awesome! Live, find what inspires you, and grab it and learn as much about it as possible. The "pretty girl' syndrome - is so annoying - it is why I find women over 40 so much more interesting. I really can't understand why men go for the "young ones" - or maybe it says something about the men.

Kerry O'Connor said…
What a brilliant evocation of Individualism, and who can write this way better than you - you are the one person I know who is fearless when it comes to peeling back the layers of her own skin.. One who knows herself walks in innate beauty.
February 4, 2014 at 11:43 AM