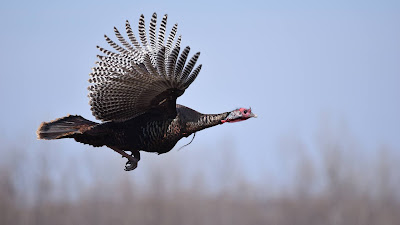 Halloween is fun but it's over and the
candy-scamming spooks
are back in class.
Turkeys wearing pilgrim hats are taped
on the windows and the President
pardons some tom
who has no idea what these talky apes are laughing about.
He'd rather be out in the woods,
eating fruits and nuts
and taking a run at your car on a dirt road when you blow by
for cider and a donut.
From what I read, pilgrims
were a pretty constipated bunch.
When I was outed, the family holiday invitations
dried right up. Poof!
After Halloween, the faux dead rest, but when real people die,
sometimes it takes some time.
Some make nice
some get high
some find a new family
some suicide.
Me, I survived, hanging out with the fruits and nuts,
and my blood and kin?
Dead to me as if they'd fallen on some foreign shore.
_________
for Dverse Poetics: Epiphany In The Time of Holiday

at November 16, 2021
Email ThisBlogThis!Share to TwitterShare to FacebookShare to Pinterest
Labels: bang you're dead, bye bye blackbird, dime store Bohemian, dverse poetics, Gloria Gaynor got nothing on me, home is where the chocolate is, What ever happened to baby Jane?