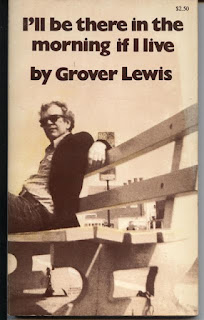 Hello friends, it's me, Shay, with your weekly word list prompt! What we do here is to look at the 20 words on the list and use at least 3 of them to write either a poem of any length or style, OR a flash 55 (a poem or flash fiction consisting of exactly 55 words.) Just leave your link in the comments! Prompt remains "live" through Friday. 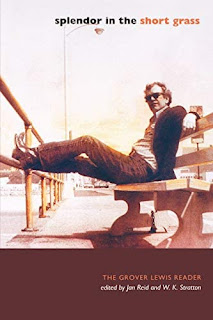 This week our list is taken from I'll Be There In The Morning If I Live, the only volume of poetry by Grover Lewis. Dave Hickey, in his introduction to Splendor In The Short Grass: A Grover Lewis Reader,  calls Lewis "the most stone wonderful writer nobody's ever heard of." Lewis was a native Texan (hence the "short grass" of west Texas) who wrote marvelously for Rolling Stone and other publications about movie sets and the directors, actors, and extras found there, as well as his own harrowing history. Lewis's father shot his mother dead when he was just a boy. The police were told that, in her dying moments, the mortally wounded woman picked up the gun that her husband had dropped and shot him right between the eyes, rendering Lewis an orphan. (It seems that a friend probably shot the husband, but we'll never really know.) Young Grover was sent to live with strict, sour, religious grandparents, and then on to another relative who encouraged his love of books.
When I was a teenager, I found I'll Be There In The Morning If I Live, and devoured it, cover to cover. I still have my copy, and Lewis's poems have been a prime inspiration for me in my own writing.
And now, your word list.
dittybops
dumbshows
fever
fragrant
fumed
grandfathers
locust
mulligan
painters
pandemonium
prowled
pulpit
sailors
scudding
shadows
stricken
strophe
tatting
text
wreckage
at December 06, 2021
Email ThisBlogThis!Share to TwitterShare to FacebookShare to Pinterest
Labels: Grover Lewis, WG Word List