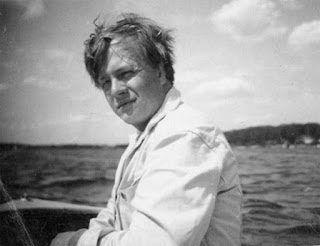 Hello all, and welcome to the WG Word list, where the challenge is to write a new poem using at least three of the 20 words provided. More on that shortly. But first, let me introduce our theme for this list.

You know, it's funny how one thing leads to another, and my musical explorations have illustrated this brightly of late. A year or two ago, I discovered the music of Laura Marling, and one of the songs I liked the best was "Blues Run The Game", which I mistakenly assumed was her own composition. Now, hold that thought!

A couple of months ago, I heard a song on Youtube Music called 'One Of These Things First" by a singer named Nick Drake. I loved his finger-picking style immediately and put a bunch of his music on my iPod. I looked into his story, and it turns out he put out three albums circa 1970 or so and they came and went pretty much without notice, including "BryterLayter", which included the song i had heard. Listening to him while doing other things one day, he launched into "Blues Run The Game', the song i thought was Laura Marling's! More investigation ensues. I found out that the song was written by our list man today, Jackson C. Frank, and his story is both fascinating and terribly heart-breaking.

When Jackson was just eleven years old, the boiler in his school exploded, killing fifteen of his schoolmates, including his little sweetheart. Jackson was burned over fifty per cent of his body, but survived, albeit with lifelong mental and physical health issues due to the disaster.

Fast forward to 1965 when Jackson C. Frank was discovered singing in London by none other than Paul Simon. Simon arranged studio time for Frank, and his one and only album was recorded as a result. Jackson was so shy that he had to sit behind a screen to sing, because he couldn't do it with Paul Simon, Art Garfunkel, and Al Stewart watching. Though remarkable, his album met pretty much the same fate as Nick Drake's, and both of them fell into obscurity until a new generation--with access to the internet--discovered them both and lifted them to the kind of notice that neither had ever received before. I'm one of those new fans.
Why only one album? Jackson C. Frank was haunted by the boiler explosion and all that he had seen and been through. Although he had an album out and he was in a relationship with Fairport Convention's Sandy Denny, his mental and physical health declined sharply. His burns had damaged his parathyroid, causing weight gain. He suffered from depression and delusions, spending time in numerous institutions and eventually was homeless on the street. He was eventually found by music friend Jim Abbott. Abbott is quoted in Wkipedia as follows:

When I went down I hadn't seen a picture of him, except for his album cover. Then, he was thin and young. When I went to see him, there was this heavy guy hobbling down the street, and I thought, 'That can't possibly be him'...I just stopped and said 'Jackson?' and it was him. My impression was, 'Oh my God', it was almost like the elephant man or something. He was so unkempt, disheveled." A further side effect of the fire was a thyroid malfunction causing him to put on weight. "He had nothing. It was really sad. We went and had lunch and went back to his room. It almost made me cry, because here was a fifty-year-old man, and all he had to his name was a beat-up old suitcase and a broken pair of glasses. I guess his caseworker had given him a $10 guitar, but it wouldn't stay in tune. It was one of those hot summer days. He tried to play "Blues Run The Game" for me, but his voice was pretty much shot.[5]

Jackson C. Frank had a marvelous voice, played guitar beautifully, and composed some of the most interesting songs I have heard. Sadly he died in his fifties, never having reprised his early promise as a singer-songwriter. I'm glad he has finally found a new audience to appreciate what he had to offer. His songs have been covered by Simon & Garfunkel, Sandy Denny, John Mayer, Counting Crows, as well as the aforementioned Nick Drake and Laura Marling.