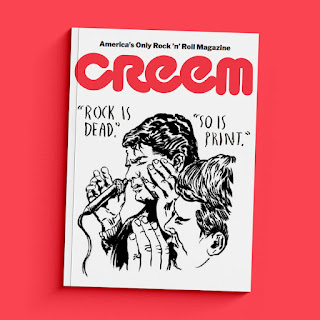 Hello everyone and welcome to this week's word list poetry prompt. This time, our source is a little bit different--okay, a lotta bit different! When I was a sprite, CREEM Magazine ("America's Only Rock N Roll Magazine") had its office in my very own home town. In those days, if Rolling Stone was the "underground" press, CREEM was the smartmouth little sib. I loved it.

CREEM was characterized by a bawdy irreverence and a knack for publicizing acts that weren't being covered enough. While Hit Parader had Led Zeppelin on about 5,452 consecutive covers, CREEM was ballyhooing Roxy Music, Talking Heads, Joan Jett, Mott the Hoople, and even Handsome Dick Manitoba, probably just for the name! Their mag was full of cool photos combined with snarky captions. I recall one shot of curly blonde superstar Stevie Nicks being captioned "Sex symbol, or Corgi pup?" 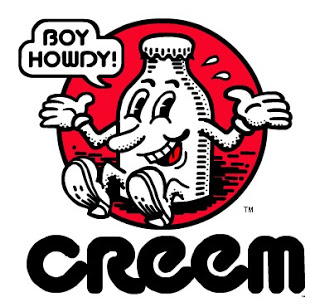 Now, some 30 years after its lamented demise, CREEM is back, like a rash you just can't get rid of despite oceans of Cortaid. I'm delighted! And so, this week's words are culled from the first issue of the risen CREEM, which just appeared in my mailbox. What we do here is to take at least 3 of the 20 words provided and include them in a new poem. Then link and that's it! Any subject any style, as long as it's poetry.