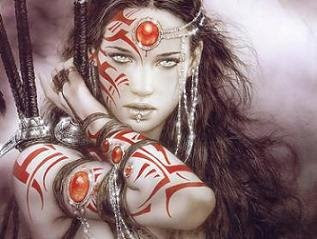 Valentina flubs her lines.
The little weasel director crawls out of the drain and gives her shit for it.
And she knows--
The way that birds know north,
That the entire picture is shit,
That she shouldn't be there,
But there are bills to pay
And so there she is.

That night, she strokes her lover's ribs.
Up close, the stripes are like rain down a window glass,
And when he smiles at her,
The great cruel teeth seem almost like peppermint candies.

It isn't easy for her, though all her girlfriends are faint with envy.
Every morning, the bedding is in shreds,
And his golden eyes are so intense
That she stumbles into the shower feeling scorched from the inside out.

She likes to lay her face on his fur where it is white,
Like the pillows on her canopy bed when she was a girl.
She knows
That he will not always stay with her;
And she knows
That he is changing her
Even as they lay together
Breathing in.
Breathing out.

Valentina flubs her lines.
She is supposed to be saying something about childhood, it is her character's big expository scene,
But her mind is on her lover, and how his arms are so strong that a single touch could shift her from bones to fingertips--
That he can rip her open just by padding up the stairs,
And oh, how graceful,
How lethal
Is his leap.

Valentina knows the entire picture is shit,
And that she shouldn't be there.
The little weasel director is in an unholy panic,
He calls her a stupid bitch
But she stops him with a smile
And his throat opens to her tangerine-polished nails
Just like a sinner finding God.
__________
Labels: b2p don't call me honey meow mix story poems

Mama Zen said…
And, I am absolutely sure that you are brilliant.

Scarlet said…
Valentina might flub her lines, but she can stop the weasel with a smile.

I also love the poem - it makes me glad I didn't go the show biz route.

(My mom wanted me to be a happy cheerleader like ALL of my older sister - I grew up to be an engineer. Now she's annoyed because I send my days chasing my kid instead of a big promotion.)
March 5, 2009 at 7:09 AM

Fireblossom said…
Wow, thanks ladies. There's my ego boost for the month! This poem had the humblest of beginnings: I happened to think of the word "flub", which i had not heard in ages, and I thought, I should work that into a poem somehow. But once I got started, I felt like I was in Valentina's skin, she and her tiger lover ended up meaning a lot to me. Again, thank you all so much for the extremely kind comments. I love you all.
March 5, 2009 at 7:55 AM

Kelly said…
o.m.g - this reminds me of when i am in a meeting, and i know i am going to say something, err... well i am going to fluff my lines, coz i've been somewhere much more delicious. A truly perfect poem...*kisses each word delicately in appreciation*
Kx
March 8, 2009 at 5:50 PM

Sherry Blue Sky said…
Yes, you are. Brilliant. Your mind must be a wicked awesome place to hang out. I loved this tale, loved "how lethal is his leap". I am wowed. I didnt know such poetry existed, it is mind-blowing. I love how YOU have leaped right out of the frame into your own genre.......publish publish publish! The world awaits!
September 19, 2010 at 11:50 AM

Kerry O'Connor said…
Magical realism at its very best. I was mesmerized from the first line. Brilliant narrative style.
September 19, 2010 at 1:43 PM

Diane T said…
The most startling lines are the last few:

He calls her a stupid bitch


"But she stops him with a smile


And his throat opens to her tangerine-polished nails

Anonymous said…
What a powerful and memorable piece of writing. Wonderful!
September 20, 2010 at 6:15 AM

hedgewitch said…
This is breathtaking in its odd juxtapositions-I don't mean in an OMG! type of way, I mean in the stop breathing because you're thinking too hard way. Your thought process is always original, but this one is exceptionally prismed in directions that alter preconceptions and lambast stereotypes. Glad I got a chance to read it.
April 6, 2012 at 5:45 PM 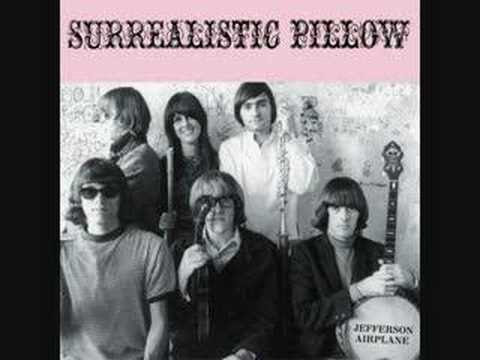