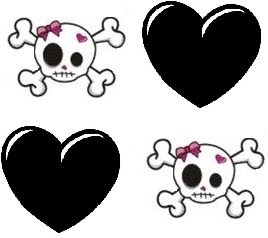 Chloe took to living on the golf course
After her parents and she
Could not agree.

Chloe had burned down the garage.
Her parents had objected.
Chloe had expressed her dislike of cheerleaders.
The authorities had intervened.
Chloe had asserted her innocence.
A jury of her peers had found otherwise.

But,
The judge who overturned the decision thought her appeal had merit--
He'd liked the way she'd crawled straight across his desk like that,
Sending tedious paperwork and awards to the floor.
He'd rarely met an applicant so eloquent.

Chloe, born
On a sunny Sunday in May,
With girlish grace
And fairy face,

Took to living on the golf course.
It was green,
If not strictly included under the language of her parole.

Some men enjoy playing golf--
Some of them to a degree never intended by God.

On a day when Saturn and Mars lined up like a gimme putt,
Retiree Bob Newburg parked his cart at the second hole, par four
And got out.
He was wearing
A white mesh bill cap,
A knit shirt with a little logo on the pocket,
And yellow polyester golf slacks.
Such a man could never survive for long in the wild.

Because Bob Newburg's attention was fixed
On remedying a persistent slice,
He was oblivious
To the young woman he had disturbed.

Chloe was just dragging a fresh kill up into the safety
Of a nearby sycamore.
Upon being interrupted,
Her perfect face became the perfect expression
Of indignant fury.

"For chrissakes, Bob!" exclaimed a shaky-voiced Don Parkley
Upon discovering what remained of his golf partner.

Chloe
Looked down from a high branch,
Her eyes as clear and calm as summer moons.

Chloe born
On a sunny Sunday in May,
With girlish grace
And fairy face,

She works in the inmate stitchery
Making little samplers for the Department of Corrections gift shop,
And has never once felt sorry
About anything.
______________

( I recently visited K's fine blog Interstitial Life and left a rather over-the-top comment off the top of my head. I later decided it deserved to be expanded. The result is "Chloe." Thank you, K, for posing the question of the difference between being "tame" and being "domesticated.")
Labels: Chloe golf kills story poems

Jannie Funster said…
Dear Lord, Lady. Have you always been like this? Your imagination, that is? I think that is something that's born in the bones, not acquired as you go about your years.

"She works in the inmate stitchery making little samplers for the Department of Corrections gift shop..." I love that! :)
March 9, 2009 at 9:31 PM

Shadow said…
how i love your writing, the humour that filters though, mixed in gently with the dark side, wonderful!
March 10, 2009 at 5:57 AM

Anonymous said…
For the record - I love over the top comments.

I love the poem. Thanks for the shout out.

Kelly said…
this mesmerised me, i followed the thread of your words like a loyal mutt but secretly wishing to identify with the feral side of chloe. You give expression to the female psyche that is so trod upon. bravo.
Kx
p.s some of the words that the google word verfication conjure up are weird. I got gulatess!
March 10, 2009 at 9:11 AM

Mama Zen said…
I adore Chloe. I want Chloe to meet the succubus!

"Some men enjoy playing golf--
Some of them to a degree never intended by God."

Yes Jannie, tis me within, and this is me; twas always thus and thus shall be.

Scarlet, I had fine time creating that whole prison/gift shop sequence. I'm waiting for someone to spot my little joke in naming the facility.

All my poems are from life, Momcat. Nice to see you!

Thank you, Shadow, I always love your comments.

Indeed, K. Closer than we generally like to think.

Now there's an idea, Mama Zen! I can feel the wheels starting to turn already. And, um, any golfer who appears in my poetry is likely to meet a bad end. Any sport whose name originates from "Gentlemen Only, Ladies Forbidden" is never going to catch a break from me.

Riot Kitty said…
This is sad! However I loved the line about her burning down the garage and her parents disagreeing.
March 10, 2009 at 4:31 PM

Judith said…
Eek! Although Chloe reminds me of the main character in the movie Ginger Snaps.
March 10, 2009 at 5:54 PM

The Superfluous Blogger said…
um....I'm gonna be real careful on the golf course from now on...

I'll be fixing *my* slice immediately...

I love that she did these things with her girlish grace. That is always the perfect way to do things.
March 10, 2009 at 7:52 PM

Susan English Mason said…
"Now resides inside the Elizabeth Hitchins Maximum Security Facility For Women" AKA the prison for the annoyingly undead.

It took me a long time to make it through this one because I kept having to stop and regain my composure from laughing so hard. That bit about Bob Newburg just tickled my funny bone.
March 10, 2009 at 9:48 PM

Stay tuned for "Chloe Snaps Back"!

My mother always said that one should always do things with grace. She never said homicide was any different.

YES! Mama Zen wins the right to suggest my next poem with a one word prompt. Elizabeth Hitchins was the alias of Nicole Wallace, Detective Goren's arch-nemesis! My favorite show.

Susan English Mason said…
"For chrissakes, Bob!" exclaimed a shaky-voiced Don Parkley upon discovering what remained of his golf partner. Chloe looked down from a high branch,her eyes as clear and calm as summer moons."

Ok, in an effort to feel Bob's pain I read this again. But Chloe is still up in the tree whilst Bob's friend finds him in who knows what kind of Chloe-form. Even the way you spelled "chrissakes" is funny. It's ironic and funny to me.
March 11, 2009 at 9:51 PM