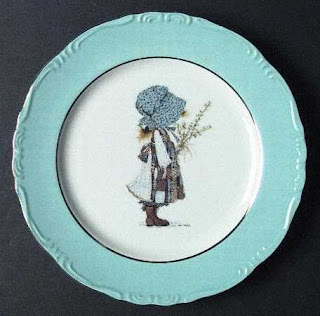 (being an instructional tale for children)

Contrary Carrie waited until her mother was distracted,

Then dumped her loathsome vegetables onto the floor and walked outside with the plate,

Intending to toss it into the river.


When she got there, though, she found it was more pleasing to use it as a paddle in order to take herself to N'awlins and become a grande dame.

She would live in a fine house and boss the servants,

Commanding them to place a heavy chest of drawers


Her brother warned, "You will get into trouble," and so Contrary Carrie declared an old discarded box her brigantine,

And routed him with a fusillade of crabapples, stockpiled for just such an occasion.

"Wise crabapple," said she to the willow tree on the bank,

"Such lovely long hair you have! Marry me and be my Queen! All the whatnots and gewgaws your heart desires shall be yours!"


When Contrary Carrie got back to the house, she declared that she had married a tree and was moving to New Orleans.

Furthermore, she added, the tree was a girl.


That evening, sitting with her kitty "Mister Kitty" in her chair facing in towards the wall,

Contrary Carrie announced that voodoo hexes awaited all of her enemies,

And went on to elaborate that only Mister Kitty, a magick doctor, could cure anyone thus cursed.


"I despair of you, child," said her mother, wearily.


In 1912, at the age of twenty years, Carrie moved to Paris and became a dancer.

Her girlfriend, Willow, said, "Ma petite cherie, when do you think you'll go back to Iowa?"

"Le medecin de chat dit que je suis folle, and that I must not travel, ever again!"

Into the future she had believed into being, and which carried her like a current where it might,

Unknown said…
Ok, so I've got to say...first the Holly Hobby plate...LOVE IT...loved Holly Hobby as a kid, I was a dork....and for me as a tale for children...no mon cherie, this is an instructional tale of how to live your life placing your intentions before Gawd and everyone and still livin' out loud in NOLA or Paris...doesn't matter even the cat doctor agreed.

steveroni said…
Shay this lovely--and loving story (it must be part of your bio?) has me so mesmerized, I am in trance-like state. I need emergency "Black Cat Magick" treatment.

I went outside just now with a large plate embedded in gold with la jeune fille and threw it high in the night sky, and ya know? I didn't hear it land! Hopefully no one was hurt in the four-car accident which happened right at that same moment....

Thanks, Shay--you are Soooo GOOD!

Ileana said…
I'm going to start blaming the cat doctor for everything and saying "Jamais" instead of "Jamas."

Riot Kitty said…
Is that character Holly Hobbie? I totally forgot about her!

Awesome story! And thank you for the French translations - I hate reading stuff where they don't translate.
March 23, 2010 at 12:43 AM

Unknown said…
Believing the future into being is hands-down the best idea I've heard today. And all those who do so are just un petit crazy. Gotta be, I think, to stand up to all those non-believers. Lovely writing. Thanks.

cinderkeys said…
I want this to be true.

Anonymous said…
Most little girls are quite contrary for a time. When we grow it it might be the same...

steveroni said…
Shay I'm double dipping only to tell you that THIS is the second time in my life that I have fallen in love with a plate--and I do not even remember the first time....
PEACE!
March 24, 2010 at 12:50 AM