Once upon a time, there was a drunk. Wait, back up. Once upon a time there was someone who was not yet a drunk. Then a little beer bottle grew cartoon arms and legs and a face and winked at me. It said, "C'mere, kid." It took its hat off and said, like the little bottle in Alice In Wonderland, "Drink me!" I did. Have you ever met a new old friend? At the time, my parents had divorced, my best friend had been consumed by pill addiction (and later commited suicide), and my body was playing an array of dirty tricks on me. This girl needed a friend. Down the hatch, baby.

Ooh, warm fuzzies. People's mouths moved but who knew or cared what they were saying? Available at fine stores everywhere. The law was 18 then. Sweet!

If one drink was good, then ten must be better. Gin became my favorite. Goddess bless the juniper berry. My friends sneered, "that's a girly drink." Why, thank you. So much the better. 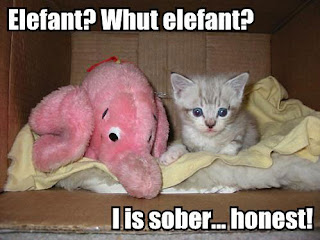 But my new friend slowly turned on me. As my friends moved on, I just wanted to drink. At last, something I was good at. I could outdrink just about anyone. The thing was, it had begun to be hard for me to NOT drink. I had to know where my next one was coming from. I would sell anything, do anything, to get that drink. My tolerance for alcohol began to slip. Ten years in, I was in my late twenties, going nowhere, and becoming ill in mind, body and spirit. 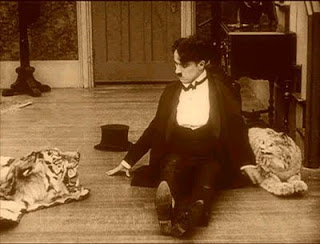 I had begun to have moments. You know, moments. Like, standing on a chair in my bedroom trying to sweep bugs off the ceiling with a broom. I understand that most people don't do this. I was 28. Finally, I did something cruel to the woman I was living with. I don't mean that I said yes, you look fat in those jeans. I mean, I did something that made me realize that I had become the exact sort of person I loathed. I was shocked at myself, at my life. The next morning, I called the AA hot line. I went to a meeting that night.

I lived in San Antonio, Texas, then. I walked in, feeling lower than a snake's belly in a wagon wheel rut, as they say there, and sat down with a group of large men wearing longhorn steer belt buckles. Eeep. I expected they would probably throw my reprehensible skinny butt right out the door. But they didn't. They told me I was the most important person in the room. They told me they would love me until I could love myself. They gave me their telephone numbers. Goddess love them. That was June of 1983. The compulsion to drink, the overwhelming physical and emotional addiction, led me to relapse, more than once, but I kept coming back and I kept on trying to get it. Then I moved back to Michigan, into my childhood home because I had no place else to go. But I kept going to AA. 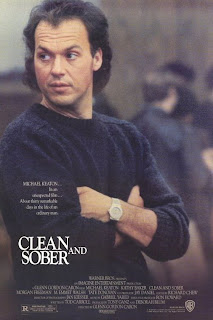 I found a group that met in the afternoons twice a week, and suddenly I had fifteen mothers. I mean, ones that weren't embarassed of me. Ones who helped me when I needed help the most. In the fall of that year, the compulsion came back strong, riding on my back like a 500 pound gorilla for two weeks until I finally caved and drank one more time. The next time that happened, I prayed for my Higher Power to override the addiction, to please get me through to the next day. It worked. That was September 29th, 1985, the last time I drank.

I started to feel good about myself. I met my future spouse. I got the job I am still at today. I also became reacquainted with the sexual issues the alcohol had kept at bay. Nothing's perfetc. Um, perfect, I meant. But here is the good:

I raised a son who never had to see me drunk, because I never was.

I became a person other people could count on.

Today I have 24 years of continuous sobriety. I have a program for living that allows me to be honest, when I never was, open, when I had been full of fear, and willing, when I had been more interested in hiding. I have people I love and who love me. I have my writing. I have me.

I'm not an AA guru. I am just someone who is living proof that miracles can and do happen. I am someone whose life was saved. I am a woman with a choice, today. Sweet!

Joanna Jenkins said…
Wow, I had no idea... and I mean NO idea! This was a wonderfully written and very inspiring post-- And it prompted me to click on your "view my profile" button for the first time because I thought, based on your fab profile pic, that your were in your 20s!

So now I'm even more blown away by your outstanding writing, your hipness, your fresh attitude and your absolutely honesty.

I take my hat off to you and your 24 years of continuous sobriety! That is HUGE!

And now I know that a picture is worth far more than "just" a thousand words.

Anonymous said…
For all that you have traveled through you have become the perfect poetess that you are. I admire you so much for telling about your life. It is your best story.

cinderkeys said…
Happy anniversary. I don't know if I could have done what you did ... one of the reasons I've never made the acquaintance of any of those instant old friends.

Funny, I *had* viewed your profile and thought you were in your twenties anyway. It's comforting to know that you had more time than that to become a poetical goddess.
March 15, 2010 at 4:16 AM

Fireblossom said…
Um...it isn't my anniversary, that's in September, but thank you all just the same. I simply decided to write about this now, as a result of a conversation with my dear friend Gabi Moonlight.

As for being in my 20s, I wish!!! Ha! People always do think that I am younger than I am, though, even in person.

ellen abbott said…
Quite an accomplishment. You should be very proud. I've never had to deal with addiction, things like that don't grab onto me and I stayed away from the needle in my druggie days. But I do understand what you have achieved through close association with someone who is a 'sober' addict.
March 15, 2010 at 9:39 AM

Marion said…
What an honest, inspiring post, Shay. I grew up surrounded with drunks and swore never to drink. I seldom do. The fact that your son has never seen you drunk is amazing. My children never saw me take a drink but I often shared the pain I experienced to them of holding my Mama's head while she retched over the toilet from many a night of hard drinking. Thankfully, my Mama got sober at age 40 (she's now 81 and healthy). She found out she was pregnant with my little brother and never took another drink. To this day, I admire her strength and willpower but the hurt little girl in me often wonders why she couldn't get sober for me. Yes, you are an amazing, strong woman!!! Thanks for sharing your story. Blessings!
March 15, 2010 at 12:24 PM

Anonymous said…
Congrats on an other year!

Unknown said…
Wow, we have similiar stories don't we...I was 28 when I first realized there was possibly a problem but had to wait many more years until I was ready and willing to have my higher power help me....

Shay this one really blew me out of the water, I loved it, it's so honest and real, it's who we all are in so many ways!

All I can really say is Thank You!!!

mac said…
Thank you for sharing this, Shay.

It does us old drunks good to know there are more of us out there and that NOT drinking can be done.

steveroni said…
OK, I'm HERE! I read this post with some knowledge of what was coming! It sounds to me like we--well, you and I at least--are having FUN in sobriety. Why NOT!

Thank you for the heads-up. I feel a stronger connection with you now Fireblossom, jhaving read your "story". Your sobriety certainly, and the fact that each of us real alcoholics was pulled from the throes of horrible death or suicide (same thing--grin!) by a marvelous indescribable Power.

Unknown said…
Bravo! I had forgotten how in my younger days the person who could hold the most liquor was king.
March 20, 2010 at 1:04 PM

Sherry Blue Sky said…
Wow. I am always blown away by peoples' stories - and women's spirits, which just keep rising, as we pick ourselves up off the floor and keep moving forward. I, too, was thinking you were in your twenties and here I've been being all maternal advice:) oh well, I stand behind every word.......re above comments, you ARE a poetical goddess, couldnt have said it better myself............wonderful story of transcendence. We are all so much stronger than we know. You gave an awesome gift to your son with your sobriety. Truly.
October 10, 2010 at 1:47 AM