Laura Nyro, Caroline Polachek, and Me 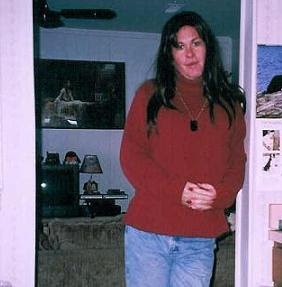 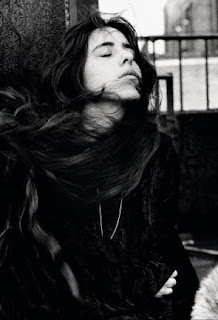 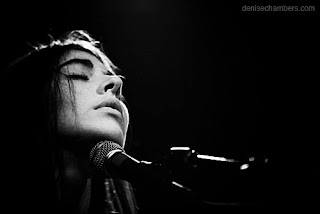 If you've got your speakers on and you're reading this fairly near to the posting date, you're listening to "Bruises" by Chairlift on my music player. It's my current favorite song. I discovered it while watching a viral video about a baby squirrel trying to jump a wall. Nothing lightweight about this girl, no no nooooo. LOL. The baby squirrel needed a little help in the form of stacked backpacks, to make the jump. Sometimes poetesses need a little help, too. More on that in a minute.

As is well known, curiosity killed the cat, but satisfaction brought him back, and I was curious to know the face behind the voice singing the song. All hail the all powerful Google thing. I found this picture of Caroline Polachek, the singer for Chairlift. She's the one with the microphones. ("Caroline" is one of my favorite names ever, by the way. I've been seriously thinking of dropping the family name of the family that no longer claims me, and becoming, simply "Shay Caroline." Star name for a star poetess. What do you think, readers?)

Anyway, my point. Don't rush me, meanies! LOL. When I saw this picture of Caroline Polachek, she looked so much to me like a young Laura Nyro, shown in the picture that was used on the album cover to "New York Tendaberry." Pretty close, yeah?

When I was sixteen or seventeen, I was over at a co-worker's apartment for some reason I've forgotten now. Nothing racy, c'mon now. She was an older Woman of the World, the height of cool with her own place. Ok, she was probably nineteen and going to community college. But she was what, in my little heart of hearts, I wanted to be.

Sooo, I sereptitiously scoped out her digs for clues on what such a mysterious and envy-worthy person might have lying around, so I could steal the idea. Hey, a girl's gotta do what a girl's gotta do. She had a stack of records (primitive cd's, children), and the one in front bore this very same picture of a wind-blown artistic looking dark haired woman named Laura Nyro. I thought, yes, this is definitely what a Cool Person would have, and listen to. So I went out and bought it, unheard. Envy is Powerful!

For those who don't recognise her name, Laura Nyro wrote any number of songs made famous by others, including "Eli's Coming", "Oh Sweet Blindness", "Stoney End", "Wedding Bell Blues" and others. But by the time of "New York Tendaberry" she was writing, singing and playing music that was a little less pop catchy, but filled with a deep passion and poetry.

Mama Mama you're a whiz and a scholar, too

I'm at anchor in your glow now
Kiss kiss, even as I go now...
He brings to me buckles off shingles
And a jangle from a Congo love chase;
Early bloomers made of earth and love lace...
Now I live and die and rise with my Captain
Mama I told ya,
Mama say go...
Meet me, Captain Saint Lucifer,
Darlin' I'll be there, now don't you know, don't you know"

I pretty much wore the grooves out listening to "New York Tendaberry" and soon added "Eli and the 13th Confession" and others. But NYT was, and still is, my favorite music by anybody, ever. It made me think that what was inside a person, their emotions and desires, could be made into compelling, beautiful, passionate art. It made me want to do that, too. And, in all candor, I longed to be the girl with the windblown hair and the face turned up toward whatever the Goddess was sending down.

Laura Nyro passed from ovarian cancer. But I am forever grateful for her music, which goes on, and the inspiration she gave me all those years ago.

Shay
PS--My mother used to think it was extremely strange behavior, that I liked to sit in my room with the lights off and scented candles lit, listening to "New York Tendaberry". I didn't tell her I was training to become a lesbian poetess. Yep, it was even worse than she imagined! ;-)

Susan English Mason said…
Who is the gorgeous babe in the red sweater?

Joanna Jenkins said…
I don't know these women either. I'll check them out.

Anonymous said…
Name wise, you do whatever you want. Stoney End-what a song, haven't heard it in a while, it's great!

By any name, Shay is Shay, and you ARE my favorite lesbian poetess, no matter what your "family" says -grin

TALON said…
Nice photo, Shay. And I have to say the similarities between the two singers is remarkable - almost eerie.

What fabulous music isn't enhanced by candlelight and sweet scents? Shay Caroline - has a nice ring.
December 27, 2009 at 10:42 PM

steveroni said…
Sorry for the double-dip. I just have to say that near-perfection is music, candlelight, sweet scents, and HERSHEY BARS!

Dulçe ♥ said…
Listened to them and loved them... Are thy twins... and you look like tham too!

Daryl said…
Loved Ms Nyro .. I not long ago downloaded a many of her wonderful tunes so I could put them on my iPod. NYT is maybe her best album
December 28, 2009 at 11:05 AM

Elizabeth Bradley said…
My Mom thought I had a screw loose because I would sit in my room, (same candles blazing), listening to Joni Mitchell.
December 28, 2009 at 5:22 PM

The romantic query letter and the happy-ever-after said…
You are the sweetest strangest girl I've every had the pleasure of knowing. I just love the way your mind works.
You take care.
December 28, 2009 at 11:49 PM

Kay said…
haha....beautiful! Thanks for the introduction, wasn't familiar. your last comment reminded me of my mother's comment to me on my last birthday when her and my eldest sister fly across the country to celebrate with me and as we watched the sun rise over the beach she says, "I sure wasn't expecting to be here 30 years ago when I had you"....i wonder what she did expect????? :) your mom should be proud of her darling and talented scout! :) :) Happy New Year!
December 29, 2009 at 2:15 AM

mac said…
I have a new adjective now.