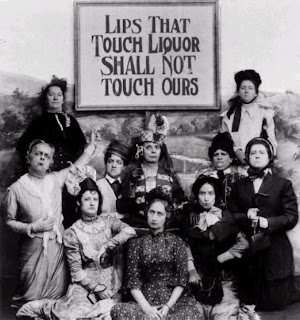 Hello, my darling readers. What I have to say may shock you. No, even more than discovering that your new Kate Spades are locked up in the concierge's office. Even more than discovering that that unidentified object you just picked up off the carpet is a toxic frog. (Could I make these up? They happened, I swear! To real people that I know! But I would never actually name La Belette Rouge and Mama Zen. The torture masters of the inquisition couldn't pry their identities from my lips.)

Most of you know me only as the quietly pious girl I am today. But once, I was a sloppy, out of control, raging alcoholic. At 28, after ten years of addictive drinking, I was in extremely bad shape. I found AA in the telephone book and went to a meeting. And then little fairies cascaded down from the clouds riding bluebirds and I lived happily ever after. Okay, so I made that last part up. The truth is, every time I would get about six months sobriety, I would go back out again. It took me until I was 30 to have my last drink to date. That was on a September 29th, which makes today my sobriety anniversary.

I just wanted to tell all of you my happy news. Raise a diet Coke for me, won't you?

Fireblossom
Labels: ordinary miracles shameless self-promotion sweet dreams are made of these

ellen abbott said…
You are most excellent Shay. Congratulations.
September 29, 2010 at 7:15 PM

Sherry Blue Sky said…
Congratulations! You are even more fantastic than I already thought! Make mine a diet Pepsi, please!
September 29, 2010 at 8:33 PM

mac said…
From one drunk to another, Happy anniversary !

I went on a date with a nice lady a couple weeks ago. It was our second date. She had a martini.
Whn she kissed me goodnight, I tasted the booze.

Lydia said…
Glory Be and Bless the Goddess! I am so happy to have read this while it is still your sobriety birthday. Is this #25? My #25 is Oct. 15 so we celebrate together in the autumn. I will be taking myself on my annual solo overnight beach trip. I hope you did something special for yourself today in commemoration of the most important day in your life.
September 29, 2010 at 10:19 PM

Cloudia said…
And you liberated that great poetess too!

Lisa said…
That's really awesome, gets better and better, doesn't it? Things sound pretty sweet for you. Congratulations xx ODAT ~ from a friend of Bill W.
September 30, 2010 at 3:33 AM

Ileana said…
A round of frosty diet Cokes for all of us! :)

Fireblossom said…
Thank you so much! Listen, you rabble, ALL soft drinks and coffee are welcome at this party! LOL.

One of the sweet things about being sober, for me, is that I get to have friends and be a friend. I treasure every one of you.

steveroni said…
"NO ONE challenged my assertion that I am 'quietly pious.'..."

Was waiting to hear you 'roar' (or purrrr) about your special HUMILITY!

Sara said…
Shay -- While I didn't know your history, I have picked up on I suppose from your poetry. Either that, or I'm somehow psychic...NOT!!!

You can't see me right now, but I am lifting my can of coke (I hate diet coke) to the screen. There will be a short pause as I speak my words.

To Shay...one of the most courageous women I know. You have fought hard to be YOU and I am proud to know you:~)

Cheryl said…
From one who understands this journey a bit, I raise my Diet Coke high to you and your HP. I'm sorry I'm late.

Marion said…
I'm raising my Diet Cherry Dr. Pepper to you. Cheers and congrats on your sobriety. I grew up surrounded with alcoholics, so I know how monumental your accomplishment is. Love & Blessings!
September 30, 2010 at 6:40 PM

moondustwriter said…
You are a strong pious gal

Proud of you my friend

round of DC on me

La Belette Rouge said…
Oh, lovely Tiger-friend, I am so happy for you. If I knew it was your sobriety birthday I would have baked you a cake. I hope you are VERY proud of yourself. Well I am!!! And, sweet friend, I thank you for the reminder that I still haven't spring my Kate Spade shoes from the box. I am off to pop open a Diet Coke and open the shoes and I shall toast your sobriety. HUGE HUGS and MUCH LOVE to you!!!!!!!!!!!!!!!!!!xoxoxoxoxoxoxoxo
September 30, 2010 at 11:08 PM

Mojo said…
Okay, so I didn't get as caught up as I thought I would on reading and commenting. But I wanted to make sure I got to THIS post because damn, that ROCKS girl! That's a bunch of days in a row... one at a time.

I am so damn proud of you I could cry.

(But if I get into Wendy's diet coke stash I'm-a be in trouble. So I'll stick with my ginger ale if it's all the same to you.)