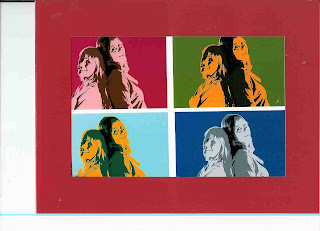 Lil Bit has tagged me for a meme. Thanks, woman! I have to make lists of 8 things. When she's stern like that, I can't help but obey. ;-)

8 Places I Have Been To

1. London, England, where the above picture was taken at Madame Tussaud's. That's me on the right. And anyway, Scarlet dared me to post it, and everyone knows I can't resist a dare.
2. Toronto, Canada, where I shopped for shoes, and saw Les Miz.
3. Manila, Philippines, where I saw the American cemetery for the GI's who died there in WWII.
4. Hell, Michigan, which does indeed freeze over.
5. Gettysburg, Pennsylvania, which they say is haunted.
6. San Antonio, Texas, where I used to live. On my visit back, I stayed at the historic Menger Hotel, which is also said to be haunted.
7. Provincetown, Mass., which is like a never ending Pride event.
8. Amherst, Mass. where the Emily Dickinson homestead is. It was a profound experience for me. She was glad I had come.
______

8 Movies That I Love

1. When Night Is Falling, about a female professor at a religious college who meets an irresistible woman from a traveling circus. She shoots an arrow through her window, with phone number attached. *sigh*
2. Hable Con Ella (Talk To Her), about two men in love with women who are in comas. Sounds awful, but it's great.
3. Session 9, my favorite creepy movie, about a salvage crew working under a tight deadline inside the extremely creepy--and deserted-- Danvers Lunatic Asylum.
4. Jeux D'Enfants (Love Me If You Dare), one of those love it or hate it movies, about a childhood game of dares that takes over the lives of the two participants.
5. Ordinary People, about the disintegration of a family, with Mary Tyler Moore, Donald Sutherland and Timothy Hutton.
6. The Producers, with Zero Mostel and Gene Wilder trying to produce a sure fire flop. Hysterical.
7. The Spitfire Grill, about a girl struggling to fit in as she tries to start over.
8. Clean And Sober, in which Michael Keaton's character tries to get straight.
__________
Posted by Fireblossom at 10:52:00 PM

Email ThisBlogThis!Share to TwitterShare to FacebookShare to Pinterest
Labels: memes

Hail to the queen.

I want an arrow through my window!! I'mon NetFlix RIGHT NOW seeing if I can find these movies.

Thank you for sharing!

Gosh, Pouty, I DID, didn't I? And you and Scar have only been bugging me to post it for, like, weeks. LOL! Sometimes the wheels grind slowly.

Yes, Pheromonegirl, Netflix has "When Night Is Falling" or at least they did a while ago. It's SO good--romantic, different, sexy, very neat. let me know if you watch it, how you like it!

Cool! I love London. There really is a Hell, Michigan?! Where did that town get its name?

Wow - I'm so lame. I haven't seen any of those movies.

I did see the producers, but only the new version which I hear isn't as good.

well, well, well, you did it!!! anyway, you know what movie i loved now that you mention 'clean and sober'??? that stephen king movie where this green glowing thing crashed in a forest and this girl starts digging it out and things start happening, taking her over, and her writer boyfriend tries to stop here and he's also a recovering alcoholic and that one scene where he's hanging on the edge with a bottle in his hand, and then turns and tosses it away. that part i loved...

....tommyknockers i think it's called

Yes, Twin, there is a Hell, Michigan, with a big sign that says "Welcome To Hell" lol! You can mail stuff there and get it postmarked "Hell."

Come on over, K, and we'll have a movie night!

Yeah, Shadow, that was Jimmy Smits! I loved that part too! On tv and in movies it seems like the recovering person always has to relapse, but not this time! Yay!

Clean and Sober is a favorite. I need to rent that one again.

"When Night is Falling" is next on my list! I want an arrow flying through my window...as long as it doesn't poke my Cuban *ss. ;)

What a wonderful bunch o'places you have been ... and some good flicks too ...

San Antonio is one of my favorite places.

Oh geez, I should never have let Kristin see that! LOL!

Let me know how you like it, chica. I just love it.

We should go sometime, MZ. London would never be the same.

Yay, thx for playing! =)
And nice take on it, making up your OWN list of 8 things, lol

Cool list of places ... and now I have some new movies to check out. =)

ps. Really cool Fireblossom-Warhol pic you posted with this, too. =)

I've never been to Manilla, but love their envelopes.

And you have freaking great taste in movies. Did you see and like No Way Out.

Clean & Sober, yes Keaton at his best best. Mortgage your house, Ma, people do it every day. Chilling.

do you know where you can find Jeux D'enfants online? I've been trying to find it in DVD format which is compatible with US formatted players and everywhere I look it says it's out of print. do you have any suggestions?

"It's a wonderful street for babes like us to be on!
We're here because we want our names in neon!"
--Babes On Broadway, finale (1941) 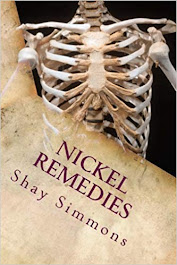 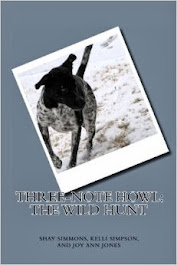 Anthology of poems and stories about DOGS ! 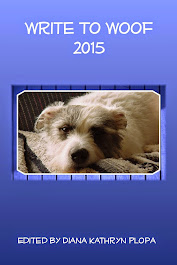