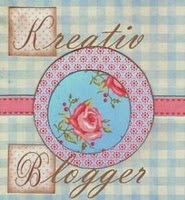 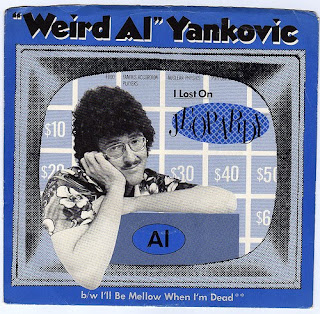 If there seems to be an extra strut in my step today, it is because Mama Zen at The Zen of Motherhood has given me the Kreativ Blogger Award. I appreciate it, but I hope she doesn't think this means she owns me. ;-)

1. I am a mean Jeopardy player. If I could ever get on the show, I could probably make a bundle. They actually had a contestant call here once. You had to send a postcard to some radio station and then they would randomly draw a certain number of names to try out to be on the show. Mine was not chosen. I could live with that. But some guy, who just showed up, ended up being chosen. What's up with that? Rules are rules, are they not? I'm all about rules. Ask anyone.

2. I went to the beauty supply store today after work to fetch some new hairbands. I've totally got the Hillary Clinton 1996 look down. There was a wide one in bright red, with white skulls and crossbones on it. Perfect for a twelve year old. I picked it up. I told myself no, and put it back. I picked it up again and threatened to make a scene. I made myself promise only to wear it around the house. I eagerly accepted the terms. I bought myself the bright red, skull + x-bones hairband. I will probably wear it to work tomorrow. Ha! I'll show me!

3. I have an unreasoning horror of all bugs with lots of legs, such as centipedes, millipedes, silverfish and the like. *shiver* I even hate mentioning them, just to say how much I hate them. Yick.

5. Someone sent a colony of bees through the mail once. They were in a crate made of wood and mesh. It was about the size of a steamer trunk. it wasn't for my route, it was for the one next to me, and nobody would deliver it cos they were all afraid of it. The bees were starting to die, which distressed me, so intrepid mail lady Shay delivered those bees herself. What's the buzz, tell me what's a-happening...

mac said…
I'm pretty good at Jeopardy, too. Except, I always forget to phrase my answer as a question.

Riot Kitty said…
Three things:
1. TOTALLY fucking unfair about the Jeopardy guy just showing up and getting it. Who did he screw?

BTW, (and I guess this makes four things), I must be seeing Kreativ everywhere it hasn't been, because (like Joey and Ily) I thought you had also already gotten this award! Silly Kitty!
February 18, 2010 at 10:22 PM

And I LOVE that you LOVE the Olympics as much as I do :)

And you are sweeter than a honey bee being all brave and heroic. The bees must have been all abuzz about the wonderful Shay.

steveroni said…
Shay, I naturally like #6 over the others--because that is how I vision you to be. (Don't feel like it, so "F" it.)

Why do I identify with that?

Glad to visit your blog. I do not wish to frighten anyone, but I might be writing a post now and then...but not YET. Sounds like a new member of AA: "Sure I want to stop drinking, but not YET!"

Shadow said…
kreativ you sure are, congratulations.

Anonymous said…
Congrats on your award, you are one of the most creative people in the blogosphere.

You deserve a Bee-Brave award too!
I am afraid of all stinging insects.

You and those bees...what a badass mail lady! We need more daring chicas like you to deliver Miami mail (ticking bombs and heroin). ;)

Btw, I'm sorry you didn't make Jeopardy, but you and rules, amiga...they go together like me and Rhode Island!!

Dulçe ♥ said…
Best and most creative ones deserve this and much more...
<Love your list...<I hate cockroaches... the worst beasts on earth.

Great and fun post, I need to get that from you on the other blog and do this...

Sara said…
Shay -- Thanks for the award!!

I read talon's comment and laughed. I also love the Olympics, especially the hockey. The other day, the Canadian men had a run for their money with the Swiss. It was a GREAT game.

I'm not fond of spiders and other bugs either. When they are in my house, however, I will capture them and put them outside.

This is not because I'm such a great person, but rather because I I have a cat. If I don't put the bugs outside, she'll capture and torture them:~(

So, I'll be thinking of seven "interesting" things about myself?

Maude Lynn said…
Is it even legal to send a colony of bees through the mail? When I think of all the bees that I could have been mailing, I could just weep!
February 19, 2010 at 9:15 PM

Cloudia said…
I missed Jeopardy TV fame (OK a chance to play) by one question!