An Aloha And A Rogues' Gallery! 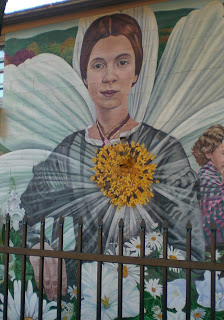 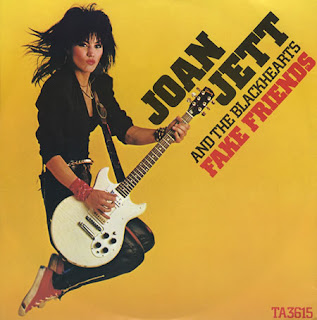 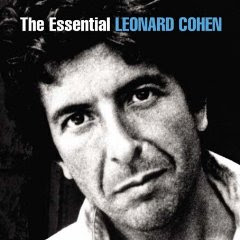 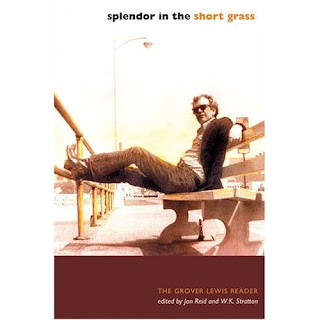 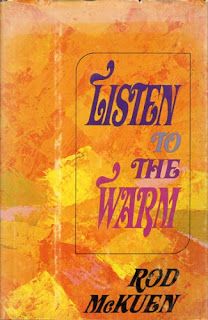 Lambs, listen to this! (oops...wrong blog!). The warm and wise Cloudia, authoress, blogger and friend to be treasured, has honored me with mention in a post today! After a stint with my head stuck firmly inside the freezer, to take the swelling down, I just had to share it with you, my readers.

In her post, Cloudia talks about 60s poet Rod McKuen. I came to his books just a little after the fact, in the 70s, and I loved them. Okay, I admit, I liked the glorious women in the photographs that went with the poems, too, with their long straight hair. There I was, furiously taking notes on what they were wearing, when I managed to read the poems as well. I can still recite some of them from memory. The thing is, Rod McKuen was not a "serious" poet. How many of you read serious poets? Show of hands? Anyone? Thought not. What he managed to do was speak to people, to their hearts. I thought, that's what I want to do. I want to write something people will read and say, ah, I have felt like that, too.

When I was young, long long ago, when great reptiles ruled the earth, I loved my music. I have recently posted all about my discovery of the amazing Laura Nyro. Around that same time, I heard a song called "Suzanne" that simply took me to another place, the way the best songs do.

"Suzanne takes you down to her place by the river,
You can hear the boats go by, you can spend the night beside her..."

These sensual lyrics were written by a Canadian named Leonard Cohen, who is also an award winning poet. Kind friends have compared me to Leonard Cohen, and also to Rod McKuen. Both comparisons please me immensely. Except for the man part. I do hope I look better in a skirt than they do. It's a close call. ;-)

In the 1980s, I reinvented myself, or perhaps more accurately, was given the divine grace to be reinvented, sober this time. My idol then, and evermore, was and is Joan Jett! Serious attitude, fem powa, you name it, she's got it.

Yes I know Tommy James wrote "Crimson & Clover." But Joan recreated it, better. I have always tried to keep Joan Jett in my heart, and not give a damn about my bad reputation! Amen.
But I'm a poet. So back to poetry. When I was 17, I walked over to the Little Professor Book Store in Birmingham, and dug up a softcover book of poems by a man named Grover Lewis, called "I'll Be There In The Morning If I Live." I sat outside on the library lawn and read it cover to cover and loved poetry from that moment, and "beat" poetry in particular, for years after that.

Fast forward to August, 2007. I visited the Dickinson Homestead in Amherst, Massachusetts. I had begun writing poetry again the year before, after twenty years of losing touch with it. Standing in the very room where she slept, composed, and dreamed, I felt her there. I mean that I felt that she was specifically aware of me being there and knew me. I can't explain any better than that. It was a transcendent experience, one of those things one is blessed with only a very few times in a lifetime. I have felt the spirit of Emily near me many times since then. It's undeniable and precious.
So there is some more about how this poet arrived at this place in this lifetime.
Once again, thank you Cloudia, for thinking of me with your post today. You are a gem and I love you.
Shay
Labels: shameless self-promotion true life adventures

Marion said…
Oh, my, you have whisked me right back to the 70's! I have every book of poetry written by Rod McKuen. He was one of my first poetry-loves and muses as a teenager. "Suzanne Takes You Down" was the background music to some of the best times in my life. Thanks for this amazing walk down memory lane!! (I have a fabulous DVD you'd like. It's "Leonard Cohen, I'm You're Man". It's a tribute to Cohen's music with Nick Cave, Bono and many other fab singers performing his music.) It's just amazing. Love & Blessings!!
January 14, 2010 at 11:59 AM

Unknown said…
Love Leonard Cohen, has been a favorite of mine for years.

This was a great journey of your life...

I SO relate to the songs and thoughts you write about Shay!

Meant it: you are one of my fave poets-

Anonymous said…
I have some homework to do now - since I was born in 1980 and kinda missed out on some of this.

Cloudia said…
Yes, the "way they operate" often leaves a bit of humanity to be desired - in fact this is what I post about tomorrow (hope to see you there)

the walking man said…
Why did you have to stick your head in the freezer; it hasn't warmed up that much here.

Cloudia was correct in giving you the nod. A well deserved one from what I have read on your front page.

Odd how our sister who lives in the balm and breeze of the South Pacific chose two from the frigid (though not as bad as Texas/Florida received) climes of MI.

I am going t have to add you to my side bar, it appears I have been missing much.

Elizabeth Bradley said…
My mother was Canadian and she moved my sister and me up to Northern Canada. So I spent the last two years of high school way up north. I was accepted into a gifted writer's program and traveled to several universities in Canada. Once I saw Cohen read a poem about a girl's small breasts. I didn't even put two and two together than he was the dude that wrote Suzanne, (which I sang in my bedroom along with Judy Collins on many occasions.) I purchased a book of his poetry, (can't recall which title) and fell in love. (He's still attractive.) Another Canadian poet I fell in love with was Margaret Atwood. Her poem "More and More" was a favorite.

steveroni said…
"Shameless self promotion"... Shay--how ELSE would I and some others get to know you? Your poetry still is at the top of my Fireblossom thoughts, but to know you is to love you. To learn about you, as in this post, is to better understand your mind, your soul, your unrivaled poetic talent.

mac said…
Did I say good taste?
I meant fantastic !

Ileana said…
Why is it that when I hear a Joan Jett song I think of you, Chica?? Do you know "I Love Rock 'n Roll" was the first karaoke song I ever sang...in an all-Spanish karaoke club?? It was hilarious!...but enough about me.

Do you know that I never really liked poetry until I started reading your blog, THIS blog?? You create stories, magic, feelings I can relate to (and those I can't relate to, I learn about when I go along for the ride...because your poems are like a thrill ride for me...and then I get it. I always walk away getting it.

Thanks for sharing your magic and the spirit of Ms. Dickinson with us. May she live inside you forever...and perhaps one day inside the toaster (alongside Mr. Bill).

The romantic query letter and the happy-ever-after said…
I understand some more of the sort of woman and poet you are. I like what I know.
You take care.
January 14, 2010 at 8:05 PM

Jeannie said…
Leonard Cohen has been more a fixture in my life than my mother.

My brother was a huge fan...and my husband later on...then my daughter.I've been to 2 of his concerts - the last one being the last one...fantastic - amazing man.

I'm not really much into poetry myself (funny that since my brother, my husband and my daughter are)
January 14, 2010 at 8:08 PM

TALON said…
I'm so glad your poetic soul was reawakened. And how rare and special to feel the presence of Emily.
January 14, 2010 at 10:14 PM

Maude Lynn said…
I'm truly grateful that you started writing again. It would have been a terrible loss for all of us if you hadn't.
January 15, 2010 at 11:37 AM

Joanna Jenkins said…
Rod McKuen was a big flashback for me. As a young teenager I felt so grown up listening to him.

ellen abbott said…
I skip most poetry. It just mostly doesn't appeal to me. But you. I wouldn't call what you do poetry. I don't know what I WOULD call it either. I just know that I love what you write.
January 15, 2010 at 7:44 PM

Anonymous said…
Crimson and Clover is one of my favorite old songs to play on the piano, it is simple and repeats throughout, mindless, but hypnotic.