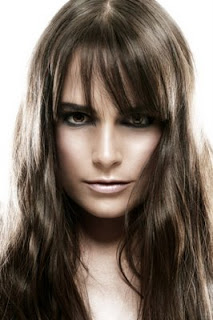 The Queen of the Vampires has a toothache.
For her,
This is a serious matter.

She manages to find a dentist with evening hours, and presents herself at the reception window.

The Queen of the Vampires is accustomed to people reacting to her presence with a certain fascinated fear;
They tremble,
They plead.
They swoon.

A bored middle-aged woman slaps a clipboard down in front of her, and in an annoyingly nasal voice, says,
"Fill these out, honey."

People do not call the QOTV "honey."
They do not require her to fill out forms,
But her throbbing tooth induces her to sit down in one of the awful plastic chairs and begin.

She only gets as far as "age" before there is a problem.
Are they serious?
She skips it and moves to the next line.
Occupation? Vampire Queen.
How long at current position?
Fuck.
Fuckety fuck fuck fuck.

The QOTV goes back to the window and says, softly, "I want to be seen now."
The receptionist fails to consider her reply carefully enough,
And now the dentist will be hiring again, though he does not know it yet.

The QOTV shape-shifts into a black panther and moves sinuously through the inner door.
She sits down in front of the patient and licks her black lips with her surprisingly harmless-looking pink tongue.
Then she lets out with a heart-stopping feline scream.

Then she finds herself alone.
~sigh~

The dentist had tried to run, like Ucki Anha Man had, but the QOTV did her best to persuade him to stay.
If only she could have resisted the instinct to shake him in her jaws.
(ouch.)
She is going to need a new dentist.

The QOTV, beside herself with frustration, goes running out of the building and onto the night sidewalk.
Turning dramatically and striking a terrifying pose in front of a woman walking by,
The QOTV lets loose with another blood-curdling feline scream.

"Pussy pussy," says the Dark Haired Chick, for the passerby is none other.
She reaches and scratches under the QOTV's chin.
"What's up, bee-yatch?" she asks, smirking.

These two are friends.

"Danny's?" says D.H.C. with a tilt of her head.
"Rowww," replies the QOTV, almost like a housecat. This means, "I'm so there."
They go in.
God is waitressing tonight.
She looks at the QOTV and says, "Kitty kitty."
She looks at the D.H.C. and asks, "Get the dishes done?"

The QOTV and the D.H.C. grab a booth, and the QOTV immediately begins contentedly tearing up the upholstery on her side with her fearsome claws.

"Well let me see..."
Two seconds later, the toothache is gone.
(God is a fine dentist.)

The QOTV rolls over on her back in the booth, switching her tail in the air and going, "Row row rowwwr row,"
Which means,
"I killed that fucking dentist, the one with all the stupid forms."

steveroni said…
You left me mesmerized, Shay! I don't BELIEVE I ate the whole thing, beginning, to final word, and enjoyed it IMMENSELY!

And I guess I'm in the "bad word" mode tonight, because I just loved that word "Fuckety-fuck".

steveroni said…
Oh! And the QOTV is a beauty--sure isn't showing that she suffers from a toothache..physically OR mentally.
January 15, 2010 at 8:54 PM

the walking man said…
You have an oddly amusing sense of humor. But stay the hell away from my dentist; at least until he is done working on my "my teeth" necklace.
January 16, 2010 at 7:24 AM

TALON said…
Why can't my dentist be more like God?

Elizabeth Bradley said…
Dentist and dentist receptionist mauled to death, news at eleven. What a story.
January 16, 2010 at 3:48 PM

Marion said…
LOL! Will you go with me to my next doctor appointment to the quack surgeon who messed up my back? I'd sure appreciate you taking care of him for me. Tee-Hee....FUN!!! xoxo
January 16, 2010 at 6:42 PM

Anonymous said…
I thought I wrote a long comment on this story before, maybe I neglected to save it.

This vampire story is much better than any movie! I hope it turns into a 500 page novel.