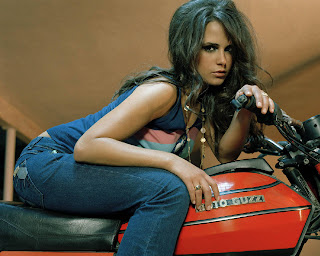 After the game,
The Succubus is with Chloe,
And being with her, after so long,
Is like
Being suspended in honey, through which powerful tides are moving,
Slowly,
Slowly.
She has entered the dreams of so many women, and yet,
This time,
It is she who is consumed within a dream--
And in the way of dreams, she feels the loss of control, the sensation of being carried deliciously,
Perhaps dangerously,
Along,
Watching herself,
Helpless.

As for Chloe, she is the same Finite Universe she has always been--
Calm,
Untroubled,
At home in the skin of anything she has ever done
Or committed.
Her eyes are now, as ever, the undisturbed center
Around which everything else rushes,
Like the turbulent air around the perfection of a raven's wing.

The Succubus has entered so many dreams,
But now she is the dream,
Aching to enter Chloe
The way midnight rain joins the earth and seems to disappear.
The Succubus knows by now
That she is incapable of waking herself from her desire for Chloe once she is inside it,
And the never knowing
How Chloe feels
Or what Chloe is thinking,
Cannot stop her, any more than shouting at a falling stone would suspend it in mid-air,
Or magically return it to stillness, at the top of things, in the time before it began to fall.

The Succubus knows that Chloe will leave again, that she can't possess her as she does all the others.
Chloe claims that she never even dreams,
But,
That's just a trick of memory--
Because,
Chloe does dream, all the time, but when she dreams
It is the Succubus who remembers.
______

Ileana said…
Oh, the stories the Succubus could tell about Chloe...

This is powerful stuff.
I can barely read it, I'm strangely distracted.
My mind keeps going back, I've become lost in your story, Shay

Your Chloe is formidable indeed !

Dulçe ♥ said…
I love Chloe and I love Succubus, both so much... each represents what the other lacks so they match so very well...

Chloe and the Succubus - now that is some powerful chemistry.

The romantic query letter and the happy-ever-after said…
I never remember my dreams just a strange sort of déjà vu so now I'm wondering what that means for me.
Another lovely piece. Thanks for sharing,
Simone.
January 5, 2010 at 2:14 AM

steveroni said…
Chloe I love. Succubus I fear--but only slightly. I wish to be awake when something happens in the night, even in a dream. I want to remember.

"At home in the skin of anything she has ever done".....SERENITY, YESSS!

"Her eyes are now, as ever, the undisturbed center..."

One can nearly always SEE where there are lies...in the eyes.

Tabitha.Montgomery said…
It's such a pleasure to read such fine writing out here in our blog community Fireblossom ;)