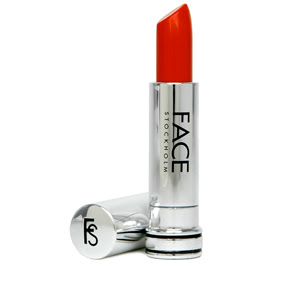 The world's most beautiful woman writes an apocalyptic message on the mirror of the bus station restroom in Hell, Michigan.
Some say it is written in blood,
But it is only lipstick.

Because it is written by a woman, in lipstick, on a bus station restroom mirror in Hell, Michigan,
There is no buzz;
It does not go viral;
The world goes
tic
toc
Balanced precariously like an unwatched baby on a diving board.

The world's most beautiful woman goes on tv with the intention of delivering her message,
But some little fuckwad with a five-day beard and a ponytail wants her to endorse salon products instead.
He hands her a plastic bottle of shampoo and urges her to toss her head and smile.

When the most beautiful woman in the world gets angry,
Cars won't start,
Fountains run dry,
And everything is like herding cats.

Other women say,
I hope she falls.
Men say,
I want her to toss her head and smile.
Meanwhile, the world goes
tic
toc
Like a ball bearing balanced on a paper clip, balanced on a gyroscope balanced on a seal's nose.

The most beautiful woman in the world writes an apocalyptic message on a plate with lipstick at Nikos' Coney island in Hell, Michigan,
But because it is written by a woman, in lipstick, near a kitchen,
No one pays any attention;
And because she is
The world's most beautiful woman,
No one can see her at all,
And the world goes on as it always has--
tic
toc
Like a blind man reading the news to his deaf wife by cell phone in calm and authoritative tones.
______
Labels: alfie poems look for the lipstick news of the world

mac said…
Did you write something ?

Anonymous said…
This is a masterpiece of literature. You gripped me with it.

The romantic query letter and the happy-ever-after said…
The validation of strong emotion is the very definitions of your work and romanticism which makes you very romantic indeed but in the way of a William Blake rather than a cheesy pop song.
Oh and you've been tagged.
I'll be back to see what you have written.
Warm regards,
Simone.
January 7, 2010 at 10:59 AM

Joanna Jenkins said…
This might be my all time favorite of yours. It's perfect!

steveroni said…
Where the hell is Michigan? I mean Hell, Michigan! I mean...oh, HELL!

Ellen wrote, "Have I told you you are awesome?"

Vesper said…
And because she is
The world's most beautiful woman,
No one can see her at all